The 2012 United Nations Conference on Sustainable Development (Rio +20) in Rio de Janeiro, Brazil, from June 20-22 came and went with the hot summer winds of June, leaving behind, among many other things, 720 voluntary commitments to promote sustainable development in all regions of the world, extremely dissatisfied women’s rights activists, and further plans to develop sustainable agriculture initiatives, bizarrely through the Coca Cola Company’s platform of the same name (SAI). While the ramifications of the conference will no doubt seep into IPRs across the world, and will be covered progressively by IPEye, one of the and more light-hearted and positive attempts of the conference might also have created somewhat of a copyright conundrum.

Sustainable development was one of the major mandates of Rio +20, and the solidarity of conference participants, as well as the general public in Brazil, was shown through the mass composition of a giant poem. The theme centred around the oceans of the world, with poets vying for ideas on the danger of irresponsible oceanic stewardship to translate into thoughts and emotions. Regarded mostly as a mechanism to spread awareness about protecting the world’s oceans, the poem also gives rise to interesting issues such as the notion of collective and collaborative authorship, and who is ultimately responsible for the works, if such works can even be traced to a select few. There is no word out yet on the copyrightablity of the giant poem, and no one has come forward to claim ownership of the work.

As far as emerging nations are involved, the notion of collective authorship is not as new or alien, because the ideas behind the communal development of traditional knowledge remain strong. It remains to be seen whether developed nations will succeed in pushing the emerging economies of the world into a more ‘Western’ and individualized notion of authorship, or if there will be potential for other “gigantic poetry” in the public domains of the emerging world. 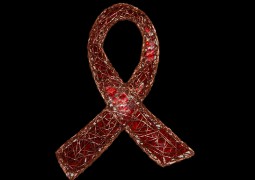 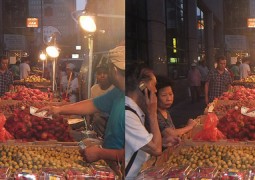 0 thoughts on “Is the Giant Poem a Giant Ode to the Oceans of Collective Authorship?”